About the Province of Negros Occidental

Negros Occidental (Hiligaynon: Nakatungdang Negros), also known as Occidental Negros or Western Negros, is a province located in the region of Western Visayas, in the Philippines. It occupies the northwestern half of the large island of Negros, and borders Negros Oriental, which comprises the southeastern half. Known as the “Sugarbowl of the Philippines“, Negros Occidental produces more than half the nation’s sugar output.

Negros Occidental faces the island-province of Guimaras and the province of Iloilo on Panay Island to the northwest across the Panay Gulf and the Guimaras Strait. The primary spoken language is Hiligaynon and the predominant religious denomination is Roman Catholicism. Bacolod City is the capital, seat of government and the most populous city of the province, but is governed independently as a highly urbanized city. With a population of 2,497,261 inhabitants,[2] it is the most populated province in Western Visayas, the second most-populous province in the Visayas after Cebu and the 8th most-populous province of the Philippines.

A Bit of History

Negros was originally known to the natives as “Buglas“, meaning “cut off” in old Hiligaynon. When the Spaniards arrived in April 1565, they named it “Negros” because of the dark-skinned natives they found. Two of the earliest native settlements were Binalbagan and Ilog which later became towns in 1572 and 1584, respectively. Other settlements were Hinigaran, Bago, Marayo (now Pontevedra), Mamalan (now Himamaylan) and Candaguit (now a sitio of San naEnrique).

Ilog was made the first capital of the province in 1743. This was later transferred to Himamaylan. Bacolod finally became the capital in 1849. The island was divided into Negros Occidental and Negros Oriental in 1890. The two provinces were briefly unified as the independent Cantonal Republic of Negros, with Bacolod as the capital on November 27, 1898. It became a protectorate of the United States until 1901, when the republic was dissolved, with the two provinces annexed back to the Philippines.

During the succeeding decades between 1901 and the 1930s, Negros Occidental and Negros Oriental were both under Insular Government of the United States of America as with the rest of the nation and later under the Government of the Commonwealth of the Philippines. Economic growth continued especially with Philippine sugar having a part of the US market. The socio-economic lives of the island of Negros, from the 1950s up to the late 1980s, depended as before, mainly on the sugar industry. 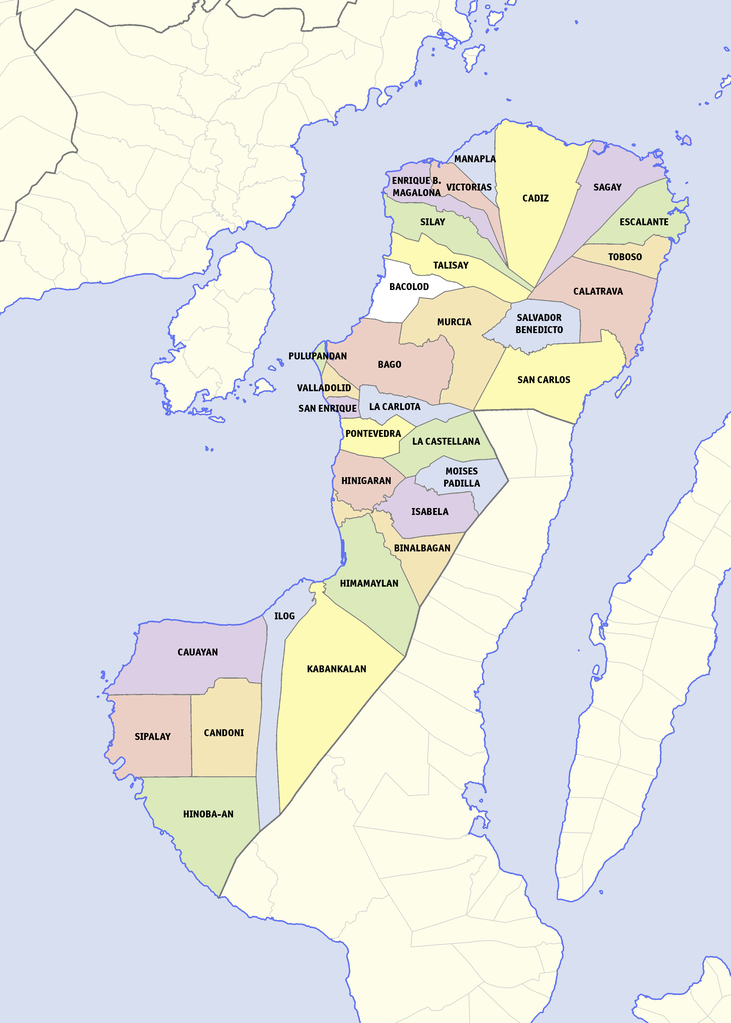 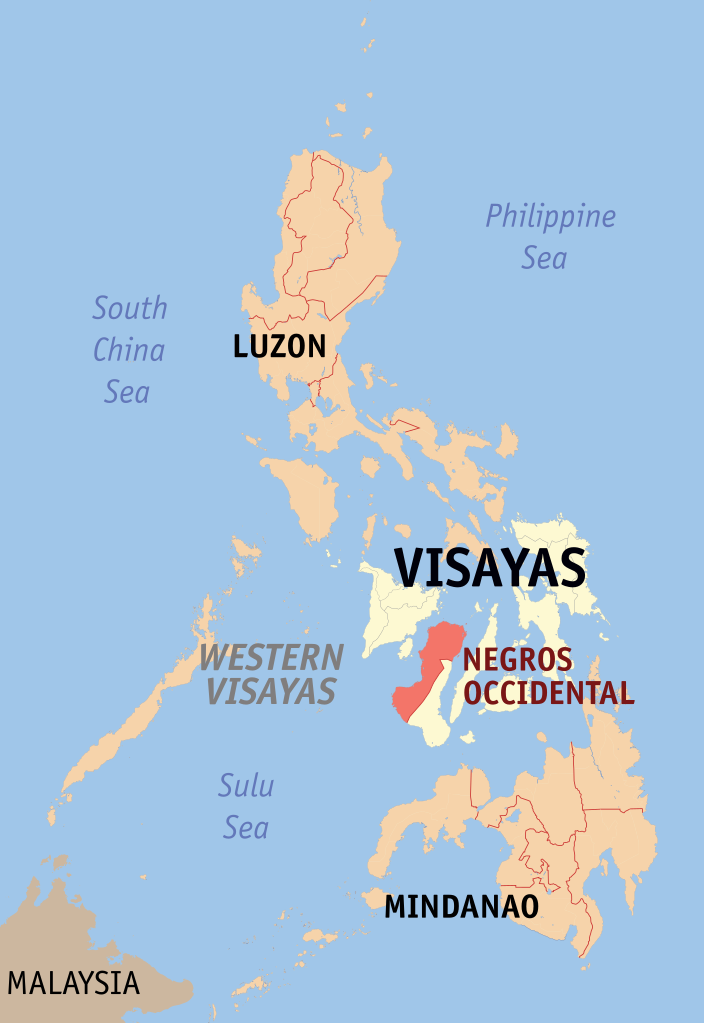